There’s a special thing that happens during a platform-7 event, I’ve yet to put my finger quite on it but it appears to be down to a combination of dedicated artists expanding the horizon of the theme and the wider community having both the opportunity to engage and a feeling that they have been given permission to enter the discussion.
The result is a shared sense of well being, gathering and ambition.

I joined in with Silent Cacophony quite late, just a few days before the 11th I agreed to an informal call for a photographer. I didn’t really know much, I had seen the leaflet, knew people that were involved and were planning installations and performances yet I hadn’t discussed it at length with anyone. In fact in it was very quiet on that front…

As I traveled into Lewisham to meet John Clarke I walked by a silent siren, I’ve seen many around London, atop rusting turquoise posts. Mute. A striking difference to the wail that would, no doubt, have been shrieking through the streets at the time of the event John’s Poem was written about.
A V1 rocket exploded in front of the clock tower in Lewisham High Street on Friday 28 July 1944, in the middle of a bustling market.

The event I had come to see that day had an altogether different impact, a highly intoxicating mix of reverence for the date, admiration for the performers and a rare human connection in bustling London.

John Clarke stood shoulder to shoulder with Claud Deppa on flugelhorn and Ricky Edwards on  alto sax, his words intermingled with the cries of the stall holders in the market. Dancer and puppeteer Giovanna Bindi moved out into the crowd retracing the steps of the bomb and it’s victims. 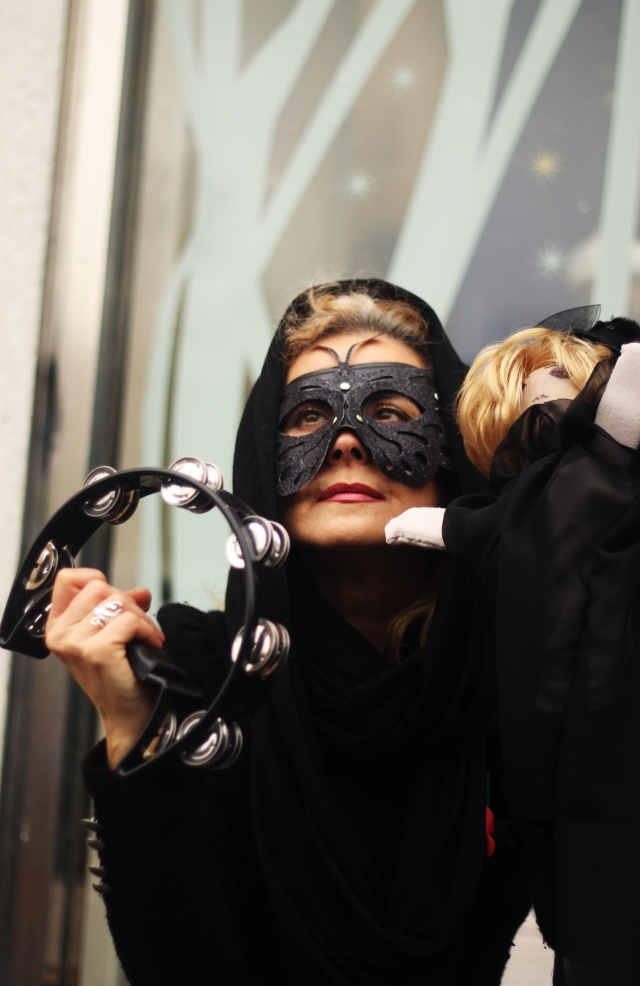 Passers-by began to stop and tell stories of an aunt who had survived, a grandmother who had not… It was as though the art had allowed them to speak to each other when before they would have just passed on by.

View the full set of Photos